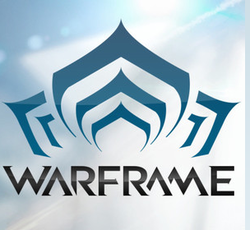 Welcome To Ride-Along
​By Imortalisk [WFM  PIA]
​
​
For this ride-along, I was lucky enough to find the Warframe channels back in vanguard and decided to join them. I'd heard nothing but good things about the game for a long while and I decided it was worth a second look to see what everyone has been gushing about. Since it's been over two years or so since I played Warframe I decided to give it another look. The game was broken and buggy when it first launched. I'm sure Digital Extremes, the company that created Warframe has had time to give it much more of a spit shine than the last time I played.

I hopped into the brand spanking new Warframe channels and told them I was going to be joining them beforehand. The game launched, ran smoothly and I didn’t run into any problems or issues that normally pop up when you run a game with a laptop, bonus points.
At this point, everything was different.
​
I was immediately thrown into a ship, with some kinds of quests to do. Many different people and Ordis -the ship's AI- popping up to speak to me about things I didn't remember or understand. Thankfully, I had a maxed out Warframe that I was able to join up with some of the Warframe guys to get into a raid. Unlike the normal 4-man teams, this mode had room for 8. More people, more fun no complaints there. So we gathered our 8 people, and from there started an intricate talk of game mechanics and Warframes names that flew way over my head. Obviously these details were important, and I was of no help to anyone at all, ever.

Just as a little side note, before this point, I had no idea of the amount of cooperation and planning that was needed in the game. Previously, the most that players had to work together towards a goal was a mission to defend an objective in the map. This inevitably boiled down to four players parkouring madly around in circles trying to defend a single object from waves of incoming enemies.

The essence of the game hadn't changed; there was much jumping, much running but surprisingly little killing. Don't get me wrong, there were lots of things to shoot and kill which should happen in a third person shooter game. However, the killing took a backseat to the objectives. We had to escort some kind of technobabble bomb to a technobabble generator and blow it up. Sounds simple enough, except there were a few simple puzzles and other little things that got in the way. Communication was essential, and we managed to pull through.

The next stages held some of the same elements of cooperation and communication. With 8 players things can get a little hectic, especially with a newer player like me around. They were patient and managed to coach me through the round and the raid. Finally the boss rolled around and I got to enjoy some traditional shooter fun, mindlessly blasting a target until it dies. A few salty death cries later, we were done. It was finally over and everyone picked up their sweet loot.

As to why we were doing this or what the raid gave us in terms of progressing in the game, I had no idea. I was so interested in the gameplay and what was happening, the rewards took a backseat for me. I was impressed with the challenges the mission brought to the table. It was vastly different compared with what I had played two years ago, and at the end I felt like I had accomplished something mildly difficult rather than simply completed another mission.​

Thanks to the awesome people from the Warframe division for letting me take a peek into the endgame Warframe experience and their amazing amounts of patience and good times.


Thanks for the ride guys!