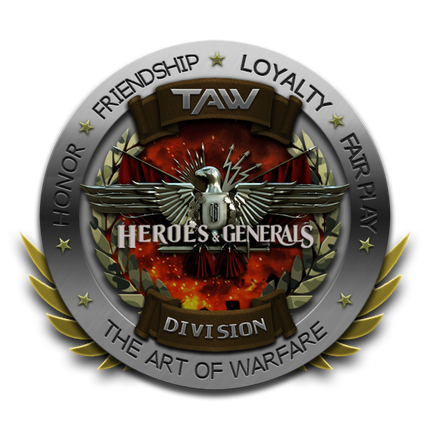 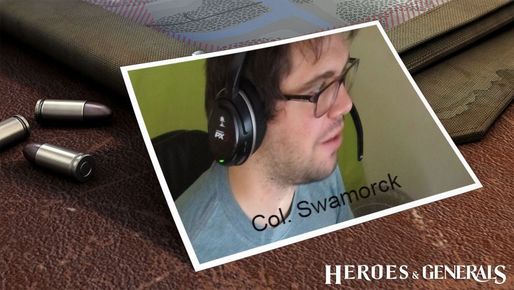 ​TAW's very own Col. Swamorck [HG FS] was featured on the official website for Heroes and Generals. This is a great honor for him and TAW and we want to congratulate him for his accolades. Below is a direct quote from the article, and NEWS wants to thank Heroes and Generals and the writer RETO.MCFLY  ​for recognizing Swamorck. 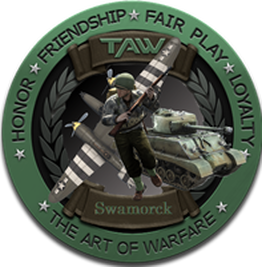 "Behind every soldier in Heroes & Generals is a dedicated gamer – and we want for you to get to know each other a little better. That is why we invite players to tell a bit about themselves and their experiences on the frontline.
When you the players nominated Swamorck for this blog post series words like natural leader, mentor and skilled pilot were part among the reasons why. He is a member of the clan The Art of Warfare and value how this community help new players and create a good environment for vets."

WHAT IS THE STORY BEHIND YOUR PLAYER NAME?
I actually had that nickname since 1998 when i first started playing. Back then i was a ten year old kid looking for a nickname to play Starcraft. I ask my father some advice and he made up something based on my name. Since then i have always been using Swamorck.

WHEN DID YOU FIRST START PLAYING HEROES & GENERALS?
It was around three years ago. I was looking for a good WW2 game and could not find something to suit my needs. I found Heroes & Generals through a twitch stream and I’ve not stopped playing it since.

WHAT IS YOUR MOST MEMORABLE MOMENT IN HEROES & GENERALS?
I had a lot of fun moments at the beginning playing stage and only fps. But they are totally eclipsed by the moment where i discovered the war map and started building Assault Teams and playing my own battle. The best memory I have is when I got so involved in a war that I barely slept and always had to keep on going. In the end the US won the war by paradropping on Rome and I was in there. That was the first time I put that much effort in a war and I won’t forget the satisfaction of the achievement.

HOW MANY SOLDIERS DO YOU HAVE, AND WHAT ARE YOUR FAVORITE LOADOUTS?
I have around 50 soldiers/generals with most of them being US. My favorite loadout of all time was the Thompson 1903 (Heavy set + Hoarder) back when there was no infantry scope. As of today I like the 1919 + 1911 + Medic Pouch (Heavy set + Dead eye). Or just the good old iron sight Garand + Bazooka.

WHAT DO YOU DO WHEN NOT PLAYING HEROES & GENERALS?
I am an environmental biologist and in charge of a wastewater and biogas treatment at a waste disposal site. I also disappear during hunting and fishing seasons!
​
WHAT ARE YOUR FAVORITE FILMS, BOOKS AND MUSIC?
Films: Starships Troopers, Apocalypse Now, Full Metal Jacket, Band of Brothers, Saving Private Ryan … Well the same as a lot of you I guess.
Books: I don’t read much outside of science stuff so …
Music: Metallica, Sabaton, Iron Maiden, AC/DC …

RANDOM FUN FACT ABOUT YOU?
I have a raccoon helping me play!

Back Ground Courtesy of Heroes and Generals