For this month’s ‘In the Scope’, I caught up with leadership from three of our most popular divisions – League of Legends [LL], War Thunder [WAR] and World of Warcraft [WW]. They were kind enough to answer a few questions about their respective divisions and also about their own journeys through TAW. 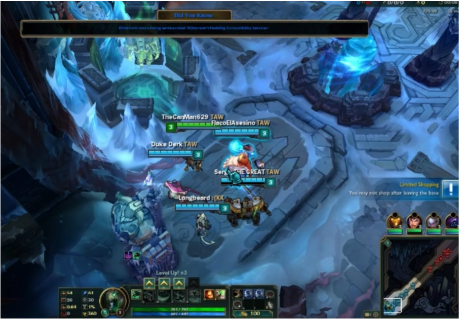 How did you come to be Field Specialist in League of Legends?
Well, our previous FS, TheShreckoning, left the position so due to my organizational skills, quite longish time in TAW - almost 2 years - and the fact that I've got a lot of knowledge about the game our CO (Hazbot) asked me to step into the position.

What would you say some of the challenges are when organising events for a game like League of Legends?
Since League of Legends is a 5v5 competitive game, balancing the teams in order to have a good game is the most important aspect of being FS. The problem is that you can't plan much ahead of time, since the difference between League and a game such as CS:GO is that in League, synergy inside the team is very important, while it’s not as vital in CS:GO. Keeping that in mind can make balancing the teams a difficult job.

What would you say that TAW provides that other League of Legends communities don't?
First of all, you get a lot of people to play games with. Second of all, you get chance to play scrims with other teams and analyse them after the game. That aspect allows you to improve much faster than you would normally. After the game other players might give you some friendly advice on what you did wrong and how you could improve.

What is your favourite retro video game? Why?
Final Fantasy 7. Self-explanatory. Don't even try to argue about it.

What might our readers be surprised to know about you? Keep it clean!
I'm 17 years old programmer from Poland, working and earning money just like an adult. I’m planning on doing programming classes in TAW Education Center soon! 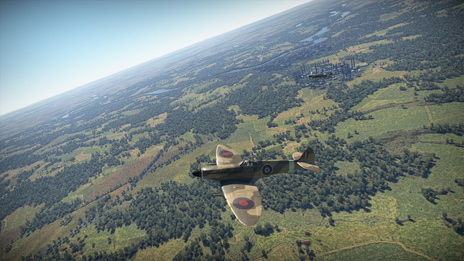 ​WAR THUNDER - Korhaka [WAR DO]
​
How long have you been with TAW?
Just over a year.

What positions did you hold prior to becoming the War Thunder DO, and how do you feel these prepared you for the office of DO?
Before DO I was the CO of the War Thunder EU battalion; working with our previous DC/DO has helped me know what the CO usually needs from me. Being a part of the division for a long time, I already knew most of the command staff for both EU and NA.

What are the best things about the War Thunder division?
The high levels of teamwork between members, from pilots providing ground attack and reconnaissance for the ground forces, to tank drivers launching simultaneous assaults on a location from multiple directions while others provide long range support.

Do you have any funny stories involving the division?
After a recent update to War Thunder, it was possible to add bushes as camouflage to your tank. During a simulator tank practice session, a couple of people only noticed that the bushes actually obscure the gun sight – meaning they couldn’t see anything - after they went to their sights mid-battle. I imagine more funny stories will come after the upcoming update adding ATGMs.

Do you have any exciting events coming up?
We are currently trying to plan a match between the EU and NA battalion, although we do not have a date or time set yet it will most likely be at least a match in planes and another match in tanks, hopefully with a combined arms game too. 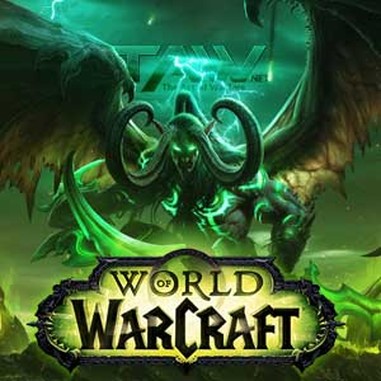 What advice would you give to somebody considering a leadership position?
B: Have fun! Never forget the reason you joined in the first place. While in a position, people rely on you to make sure that the structure and organisation exists for them to be able to sit back and enjoy themselves. It’s very easy to forget to also make time for yourself and play some games rather than just being consumed by admin duties. Also, listen to people’s opinions in the different matters that you’re faced with. Community members are a treasure trove of information and opinion and hold the key to creating a fun and giving environment for members to enjoy.

What interesting events have World of Warcraft got coming up?
NC: The current expansion has been winding down for quite some time by now, but there is one major event that will be starting up soon - the Pre-Legion patch, which will unleash a ton of fun and mark when the Legion will begin to usher us into a world of chaos and disarray. From what has been leaked on the internet from Blizzard themselves, this event is supposed to almost match the Wrath Pre-Release patch in terms of insanity and hilarity. The rumours that Jaina has been a Dreadlord this whole time may be proven false, as everybody playing the game could turn out to be one instead!

What would you say that TAW provides that other World of Warcraft communities don't?
B: TAW provides an environment for people to relax and enjoy themselves in. We do PVP and Raiding on a fairly high level but the thing that attracts most recruits and make members stay around is the family atmosphere that exists’ we’re always willing to welcome new people into the fold.
NC: A sense of community. With how things are run here, drama is at a minimum compared to other guilds I have been in. People who are in positions here actually deserve it a vast majority of the time and do the best they can to assist others to thrive and rise to their potential. Sure, some guilds are quite a bit larger and have accomplished more, but they fall short and sometimes even fall apart. For example, almost all of the top World First guilds had to sacrifice many things to accomplish their great achievement. These groups tend to lose the vision of what they wanted when they started and their identity.

Apart from World of Warcraft, what other video games do you enjoy playing?
NC: Heroes of the Storm and occasionally Overwatch, but I do fit Starcraft 2 in sometimes when I want to really torture my mind for a while. Essentially, any game with Battle.Net attached to it, it seems.
B: At the moment I’m currently having a bucket-load of fun playing Overwatch. Another longstanding favourite game of mine is Star Wars: The Old Republic. I’ve sunk so many hours into that game, and the newest expansion is simply amazing!

There is a WoW movie out and it seems to have polarised opinion. How have the battalion (and division as a whole) felt towards it? If you've seen it, what were your thoughts? (No spoilers please!)
NC: The overall vibe I am getting from the movie – I haven’t seen it yet - is pretty much torn down the middle. People are hearing Warcraft, yet are thinking World of Warcraft instead of the RTS that the movie is more based on.
I personally see it as a potentially great movie that fleshes out the story line and gives depth to what had happened in the past of the Warcraft universe. I am glad they are starting so far back in time, though, because when they get to current WoW timeframes, they will have polished their systems and ideas out even more so.
B: From the members that have seen the movie, the reception has been fantastic. There are so many references that we understand and can enjoy mainly due to having previous experience with the lore of the game. For an outsider who has no previous knowledge of the lore within Warcraft there might be some confusion, as certain aspect of the movie doesn’t get explained and you can only fully understand if you know the lore beforehand. I personally enjoyed it immensely, it’s just amazing to finally see a world I’ve spent so much time in come to life.