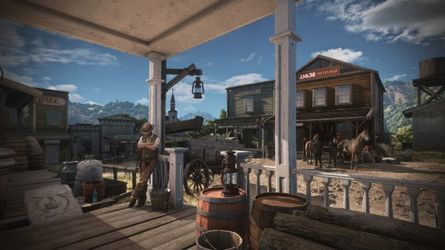 Wild West Online is a new wild west based MMO that's scheduled to be released in September. Think Red Dead Redemption in an open world. There will be cowboys and bandits, both of which will be player characters exclusively. If you become wanted in this world you won't have NPCs coming after you, It'll be up to other players to form a posse and take you down for cash. Harvesting, crafting, train robberies (as part of the first update), camp building and general wild west chicanery will ensue. A kickstarter campaign will be coming up in short order. Did I mention that Wild West Online is being built by an indie studio? Vanguard might want to stay ahead of the curve on this and start taking applications for the spin up. 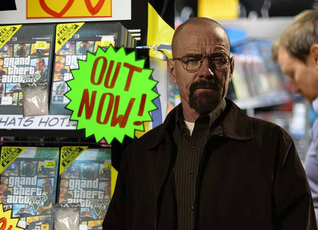 Just like the title says. An 11 year old boy bought a used copy of GTA V from a Gamestop and found a small baggy with white powder in it. The powder was later tested by police and found to be methamphetamine. I have two questions. First: was this accidental or someone's idea of a practical joke? And second: does this make Gamestop a drug dealer?

A kid got his dad to reenact some of the emotes from different characters in Overwatch. I'm not even going to bother with more of a lead in for this. Just watch.

​Potentially, a new Anime section in From The Battlefield!

Why is there so much overlap between people who play video games and people who watch anime? Why are video game based animes some of the most popular? We here at the TAW newsletter thought that, given this, a new monthly article about anime might be in order. If you're interested in writing it, send an email to Shelrabbi@gmail.com. The article can be whatever you want to make of it (within the code of conduct) and will go on for as long as we can find a writer for it. Get famous. Write an article for From The Battlefield.

That's it for this month's edition of 30 Days In Gaming. Check back next month for reader submissions and more interesting stories from the world of gaming!