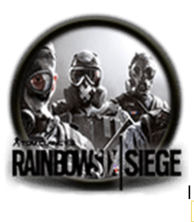 The Rainbow Six division is planning on hosting an in-house tournament that will be shooting for the March or April time period. While the details are not completely established, the division is one of the largest in TAW, so it can be certain that when this event does kick off, it will be an incredible display of competitive prowess. With them having a pool of such talented players, it will be quite the spectacle. They’re also currently enjoying the release of Operation Velvet Shell and the additional content that the update provides. 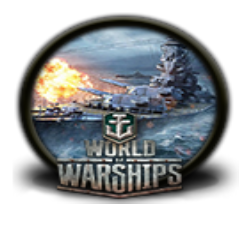 The good folks in TAWcraft are glad to announce that they have officially launched an all new set of servers. These new servers include a survival server, a factions server, a creative server, and a roleplaying server based on the time period of the Vikings and the Britons.
The Creative Server is not the typical world where players are allotted a small plot which constricts their imagination. It is a sprawling, open world where players may build with the land and find inspiration from what is around them.
We have begun construction on both the plugins and structures for The Roleplaying Server’s multi-month event. Minecraft [MC] division leaders are currently looking for motivated members who are willing to volunteer some of their time in order to help get all of the buildings finished for the server within the next month.
The Survival Server has been reintroduced using the Towny system, which allows  players to create towns and nations on the server, and to manage their builds and their own little communities. Members of [MC] are currently in the process of constructing a massive rail system to span the whole world and to allow people to pass through, over, around, and under other players’ builds.
[MC] will also hold new revamped events ranging from mini-games in 1.7.10 to mini-games in 1.8.8 all the way to building and custom events made specifically for the [MC] division.
[MC] would like to thank members for any and all help that they can render to the [MC] division and hope to see many members in game soon.
​
​

The TAW Minecraft Division is excited to bring you a recruitment contest running February 1st  thru April 1st. (This is not a April Fools Joke) This recruitment drive is intended (not exclusively) for Members who are in a another division but have friends who are interested in TAW but find the game that their friend plays not interesting, but they do like to play Minecraft. Recruiting via Forum posts, websites, and other avenues is also encouraged. All TAW members are eligible to participate. Anyone can qualify for a prize by recruiting a Minimum of 5 recruited TAW Members that achieve the Rank of PFC in the Minecraft Division.

For Referrals to count they must achieve the rank of PFC. To insure proper tracking of all referrals, it is the Referring Member's Responsibility to send an email to Deleterious@taw.net  for tracking that you spoke to said member and encouraged them to join TAW. You need to include your TAW name, division tag included and potential name or names of the referral.  If no email is received we will be unable to verify who the referral was and give credit to the recruiter.

Contestants will be ranked upon how many members they get and the time said members achieve the rank of PFC. The rank will be used to eliminate ties in that the first person to hit the tier via rank will be awarded the prize for the tier. The rank will also be used for prize distribution and winners priority in picking prizes. There will be multiple prize tiers that players can achieve and chose from the tier they qualify from and lower tiers they passed if they prefer a different prize from a lower tier.

Good Luck to everyone from the TAW Minecraft Division in their recruiting and remember send an email to Deleterious@taw.net for tracking and for any questions you may have. Below you will find a list of Minecraft websites we have official TAW recruitment posts on.
TAW Minecraft Division
Minecraft Websites
http://www.minecraftforum.net/topic/1650633-taw-minecraft-vanilla-survival-minigames/
http://www.planetminecraft.com/server/tawcraft-20/
http://topg.org/server-tawcraft-id357819
http://minecraft-server-list.com/server/118489/
http://minecraftservers.org/server/35188
http://minecraftservers.net/server/49123/
Back Ground Courtesy of League of Legends