This months ‘In The Scope’ we will focus on three Commanders in Taw, they will answer questions that are both personal and command-related. Thank you, gentlemen, for giving NEWS an opportunity to spotlight you. 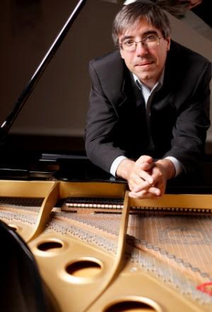 Originally joining TAW for Americas Army 3, I then moved to Vanguard for Company of Heroes Online. I was discharged on January 2011 because of work and lack of time. In November 2012, I rejoined TAW for Guild Wars 2, however Guild Wars 2 didn&#39;t work out and not finding a game that I liked, I was again discharged in March 2013. In October 2013, I rejoined TAW for Ghost Recon Phantoms. In June 2014, I transferred to Vanguard to lead the launch of the FPS Insurgency and was promoted to Staff Officer (2 LT). In October 2014 I resigned from TAW for personal reasons and was given an honorable discharge. In December 2015 I was reinstated and joined the SQUAD Division. Currently I am the Division Commander for SQUAD.

- Take the time to understand the position and what the position requires. Taking the appropriate Academy class will help with that.

- When in doubt, always ask a fellow officer or a person of your Chain of Command.

- If you ever feel overwhelmed, don't hesitate to ask for help.

After spending about 8 month in Vanguard, the SQUAD Division launched into 5th Corps at the end of July. Currently we stand at 57 active players (23 NA and 32 EU). Our current scrim record (going back to December 2015) stands at 4-5 (4 wins and 5 losses). Although we had our share of issues and have still lots of growing to do, I believe we are in good situation and I couldnt be more proud and thankful of all of the members in the division for their commitment to TAW and the SQUAD Division. 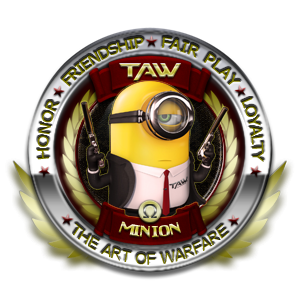 I joined TAW back in May of 2013.  I played Ghost Recon Future Soldier.  The game developed some technical issues that prevented me from playing so I transferred to the new Ghost Recon Online Division spinning up in Vanguard.  Since then I’ve met people here who will be my friends for probably the rest of my life.  Real friendships.  I truly care about this community and its members.  I’m fortunate enough to be able to serve hundreds of people, currently in the 8th Corps.  The main goal is to keep the fun-factor as high as possible for everyone while keeping it clean and working smoothly.

Each position I’ve held in TAW has added more and more responsibility for the welfare of the unit.  You usually have to grow into each position.  I’ve learned many things the hard way, and I’ve done my best to train and prepare my Officers for the challenges I know they’ll face.  I offer them knowledge that I wish I’d been offered when I was in their position.  My experience as a DC helped prepare me for my current role as a Corps Commander.  I have the privilege of guiding new DCs through some challenges I’ve already faced.  My hope is that they benefit from my experience (including my past mistakes), in a positive way.

Understand that a leadership position here is not about being the boss.  It’s about being in a position to help people have a better experience in TAW.  It's about supporting and maintaining the community, building people up, and ultimately leaving things in better shape than when you arrived.  If you want the position for some other reason like:  climbing the social ladder, checking off some box on your list, or just so you’ll outrank someone else… then you need to reevaluate yourself and your motives because people will not be happy under the burden of your “leadership”.
If however you can relate to the concept of Servant Leadership, and look at a leadership position as a way to give more to your community, then you will do very well as a leader here in TAW.

How is your Corps currently doing?

The 8th Corps is doing alright, but dealing with some hardships right now.  Ghost Recon Phantoms has been given notice by Ubisoft that they’ll be shutting down the game by year’s end.  So those guys and gals are looking for new homes within TAW right now; considering several options.  Members are in good spirits because they know the community will rise up and support them, which it has.  We’ve already had members from other Divisions offer condolences and open invitations.  Any Division would be lucky to have them.

Similarly, Black Desert is undergoing some hardship due to the fact that, after swearing to the loyal community they’d never, ever go pay-to-win, Kakao Games has now taken Black Desert pay-to-win in the western world, despite the fact that this game was a buy-to-play game.  Entire guilds are quitting all over the world in protest.  I’m so proud of our BD team and how they’ve stuck it out.  They’ve poured their hearts and souls into the TAW Guild in Black Desert.  The hope is the company will come to its senses and resolve the situation.

On a higher note, HearthStone has maintained its member base the past few weeks and we’ve seen some new interest there recently.  Insurgency and Tabletop Role Play are both rock solid and looking good as members return from summer break.  Tabletop is a fantastic game concept with unlimited potential.  It’s really unlike anything else in TAW.

Have any funny stories from your time in TAW?

Too many to mention!  Most are game-specific, but here’s one for ya.

I was never actually shown how to properly take attendance for a scheduled event.  So one day someone said, “Minion could you take attendance please?”  Well it didn’t seem appropriate to admit in front of the entire Battalion that I didn’t know how, so I did it, “my way”.  I went to the event page and individually checked each person off as attended, excused, or missed.  I’d look at who was in Team Speak, check off a few names, go back to Team Speak, check off a few more names, and so on.  It took 5 minutes.  So nothing was said, and I figured that was just how it was done.  A month or two went by, and one day my CC Stealth came in, all stern and foreboding, and said, “Why is it that none of the events in your unit ever have time stamps on their attendance?”  I replied, “Time stamps?  What do you mean?”  He probably thought I was cooking the books, manipulating attendance to hide AWOLs or something.  There were at least two Officers in channel with me besides the CC.  He said, “Yeah time stamps.  When you click the ‘Take Attendance’ button it marks everyone with a time stamp.”  I said, “There’s a BUTTON for that?!  Are you kidding me?!”  At this point, everyone in channel lost it.  I explained how I’d been individually marking off each person in the entire Battalion for months.  People rolled.  One guy could barely breathe.  So they showed me the stupid button, and the rest is history.

What is your favorite thing about TAW as a community?
​
Hands down the people!!  This community fosters friendships, advice sharing, leadership experience, and offers people a positive place to come and spend time with others who share common interests.  After a long day at school or work, we can hop on Team Speak, and have a blast with our friends.  I love it! 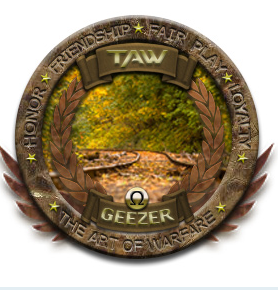 ​Tell us a little about yourself and your time in TAW.

I joined TaW a little over 3 years ago, because I met two members in game and the convinced me I would enjoy being in TaW, and they were spot on.
I have never once regretted the decision. The Ghost Recon Phantom Divison is made up by men and woman that are more like family than friends.

I was extremely fortunate to be trained by some great leaders. First was Oculus (better known as GhostLeader). Then Minion took over and has shown me more than I can remember and keeps me on the straight and narrow.

Follow the examples of our leaders in TAW: Subrat, Braveheart, Doc and many more.

Unfortunately our division will probably close down sometime in November. The game Ghost Recon Phantoms is being shut down by its makers. We have no say in what they are planning and are frantically looking into other games in TaW.

Have any funny stories from your time in TAW?

The best thing in TAW is the bonding with fellow members, like I said earlier it’s more family then friends and it just doesn't get any better than this!!!!!