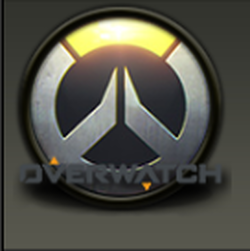 On 23 May of this year, Blizzard’s Overwatch tore its way into the gaming network while breaking several records. The hero-based first-person shooter became one of the fastest growing video games of all-time. Gamers of all genres migrated to the incredibly hyped game as soon as it was released. With quick, competitive, brawl, and the new arcade modes, the amount of content available magnetized people and kept them in awe. Apart from the extensive multiplayer action, the people at Blizzard supplied customers with free comics, shorts, and interesting lore which gave meaning to the characters played. The game was instantly and continues to be an all-around success.

What is so beautiful about Overwatch is the ability for everyone from anywhere to play. Whether someone is a MOBA gamer or FPS loyalist, a casual or competitive player, there is always something for you. With a large number of heroes with varying abilities that do not overlap, there is a high chance to find one that meets a particular playstyle. Do you prefer getting perfect headshots and supplying damage? Heroes such as McCree and Widow Maker would be great for you. Are you more of a strategic team player? A healer or tank might work for you. Perhaps you would prefer the new stealth-based character, Sombra. Not only are there different playstyles, but there are also different modes. Quick play can be used for practicing heroes, warming up, or trying out new team compositions. It can also be geared more for casual players who just want to mess around and enjoy the leisure of the game. Competitive mode offers that edge that many gamers want, battling one another endlessly in attempts to be the best of the best. The Arcade Mode takes Overwatch into an entirely different setting. In it consists of the old brawl modes, one versus one, three versus three, and six versus six no limits, which is basically run by the old Quickplay rules.

Since its genesis, Overwatch was a huge hot spot for Esports. The exciting action of coordination, synergy, and expertise amazed viewers and made Overwatch one of the most streamed games on Twitch and other streaming platforms. Teams such as NRG, Cloud9, and EnVyUs have fared well in tournaments and competitive play. The Overwatch team is encouraging Esports to develop further with their plans to bring about an Overwatch League. They plan to bring about the equivalent of the NFL or MLB to Esports. Time will tell who will go pro and how successful the gaming community and Overwatch can be.

Overwatch has its own unit in TAW.  Led by Division Commander MaximusSC, the sector of the community go about with making Overwatch that much more fun. By utilizing the aspects of the game, they provide mandatories, trainings, and optionals which appease everyone and are enjoyed. The staff involved also ensures that the division is active and all goes well.
​
As usual, Blizzard created an addicting and lovable game. It is exciting to see how they will further progress and develop the game as they are always working vigorously in adapting and making the game better (for free). This includes new maps, characters, and gamemodes. With Quick Play, Competitive, Arcade, and such a large community, no doubt, unlike other games, Overwatch will be around for a longtime.​​​