Following its launch from Vanguard at the end of July of this year, the division had a rough patch but has settled into a solid group of fifty guys. Following some very tough losses in competitive matches to FFO and WhiteFox, two of the top units in the game, TAW holds a four win seven loss record. The teams are in the process of analyzing and evaluating their current tactics to be a leaner, meaner fighting machine.
​
In other news for Squad, MGS subtlerod, despite the game being in Alpha and having no helpful tools for server management, has successfully created a custom plugin to allow in-game server management. This plugin is one of only a handful in existence within the Squad community so hats off to MGS subtlerod. 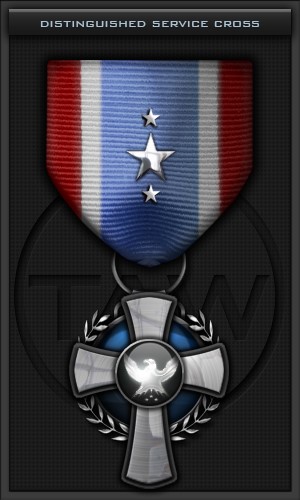 MGN Juvix received the most honorable Distinguished Service Cross this past month. This medal is the highest accolade any member of TAW can receive without a TFO vote and as such should not be handed out without due cause. Despite the high requirements however, Juvix still was awarded the medal to show TAW’s recognition of his drive and passion as a servant leader.

Juvix has been instrumental in every unit he has been involved in over the past two years. While the SUL of DayZ, Juvix put into place the policies and leadership team that would ultimately launch it from Vanguard into a full-fledged unit. After helping DayZ, Juvix returned to his alma matter unit of Counter-Strike: Global Offensive where he continued to shape and develop the unit by training some of the most excellent leaders TAW has to offer.

He proceeded to move back into Central Command, both as a CLC and CC in 1st Corps, which was home to one of the largest units within TAW a Corps with almost no CoE violations/discharges, excessive AWOLs and other issues. Juvix has without a doubt been instrumental in every single one of these units and more during his time in TAW.

​Juvix lives and breathes TAW, embodying all of the characteristics associated with the medal: Leadership, Loyalty, Duty, Respect, Honor, and Integrity. Juvix is one of our many unsung heroes here in TAW and is one of the greatest leaders within our ranks. We appreciate the work that he has done and continues to do and we hope he accepts this medal as our gratitude for it.