On February 25 and 26, the War Thunder Division held five on five, realistic tournaments in their game. Tournaments are always fun, but sometimes they can be hard work to get managed. Props to the people of War Thunder to get it all situated and organized. Anyway, there were some rules set in place. To qualify, participants had to be able to attend Sunday mandatories, own tier 4 tanks or planes or lower in their arsenal, and have a team with a minimum of four player and a maximum of five. Quite obviously, any team with four players would be at a disadvantage, and the teams with seven would have two substitutes. If a team were to turn up with only three players, they would automatically be defeated. Some more game-specific rules were implemented in order to keep the balance of the tournament. The big thing being that all battles were on the realistic setting. This meant that players had to focus on more than just the dogfight or the tank battle itself; realistic aspects could take control of the outcome. At the end of the tournament, everyone received a participation badge, and the winners received an Award Badge.

Speaking more about competitive tournaments, on March 19, 2017, the Overwatch Division will be holding its very own three versus three elimination tournament. Elimination is a game mode different than that of the normal game. Each player gets one life and must eliminate the enemy team before they are eliminated. Whichever team is still standing wins the round. After a given amount of rounds won, a team is victorious in their efforts. In this tournament, teams and friends alike will go up against each other to see who can come out on top in the epic battles. 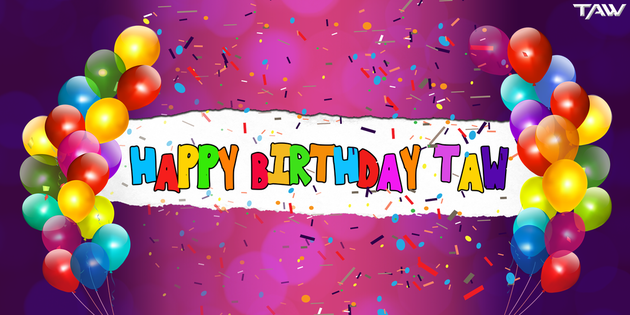 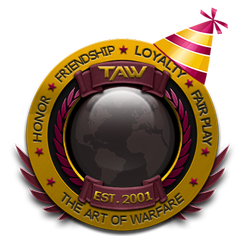 TAW celebrated 16 years as a gaming community on March the 6th.  This community has pushed forward to become a premier community with an emphasis on inclusiveness, a sense of family and lastly a focus on fun.  To these ends TAW will continue to lead the way for another 16 years, allowing thousands more to experience the essence of what it is to be a TAW member. Often times it is forgotten that TAW’s connections are worldwide, encompassing many nationalities and ethnic backgrounds. Yet despite the obvious differences, TAW continues to be relevant in the jungle of Gaming Communities. Every member in TAW and those who have preceded share in the credit for making TAW what it is. Celebrate by wishing each other happy birthday on the 6th of March and by doing so; you will acknowledge that out of humble beginnings great things can be born. 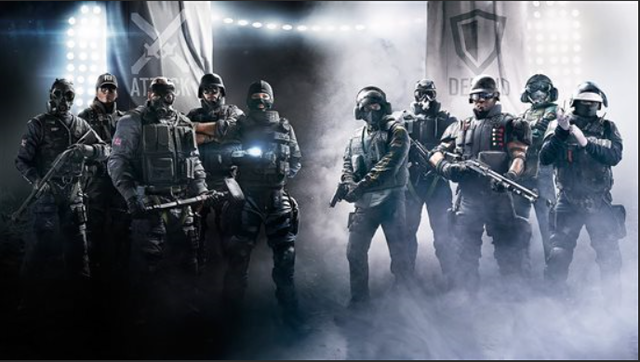 In 2016, shortly after the launch of Rainbow Six Siege from Vanguard, we had out first Tournament.
Now, 2017 is upon us.  Ammunition has been ordered, fresh crates of weapons are en route, C4 and other grenades have just arrived and brand new Shields are just waiting to take a beating.
We now embark on another tournament, but this one, we're opening to all of TAW.  Starting April 1st of 2017 and being held every Saturday and Sunday, we will be holding our Tournament.
Here's the details of the Operation...

Signup Deadline: March 25th
Tournament Matches will be held on Saturdays and/or Sundays every week during the month of April.
Match Ups to be determined by RS DC/DO. (Will be using Bracket System)
Teams are to be registered with a minimum of 5 TAW members with the optional 1 Alternate TAW member in case that one of the main 5 can not make it.

During the tournament, your In Game Name MUST read your callsign followed by .TAW (Rekon.TAW for example)
Semi Finals/Finals will be streamed
For ALL answers involving a Team Member, please include their TS Callsign as it shows ( SheerRoachMonkey [RS DC] for example)

So now the question for you is, is your Team ready for action? 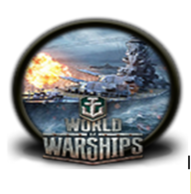 ​Keeping with the theme of competition, World of Warships is happy to announce its finalization and completion of a competitive team. One could say it is full steam(boat) ahead. Hopefully, they will smoke their opponents, and they can float to the top of the victory. Puns aside, sometimes it can be difficult to even get a team together, so congratulations to World of Warships for keeping it together and setting the competitive spirit high.

Back Ground Courtesy of Squad