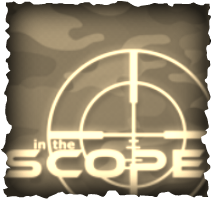 This months "In The Scope" we will focus on three Commanders in TAW.  They will answer questions that are both personal and command-related. Thank you, gentlemen, for giving NEWS an opportunity to spotlight you.
​ 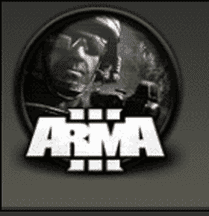 I'm 31 and a Sales Manager for IT an American company selling IT systems into the Healthcare market. I'm living with my girlfriend in Gloucester Docks, England. I started in TAW in January 2012. I was playing on the Arma 2 public servers and would always play on the TAW server. It was reliable, fun, and always packed full of people that enjoyed gaming in the same way that I do. The problems is that I had to be in TAW to fly the Jets in the mission. I joined, and I never looked back. Early on I was a DI and TI, before eventually becoming the EU TS for Arma, I loved that job! I moved over to Planetside when it was in Vanguard and ended up becoming the CO, a job that I kept for several years, even moving back into Arma in the same role. I spent a great few months in Sentinel before it became EDU as their DO. I loved writing leadership blogs and conducting TAW University, something I hope to help out more with again in the future.

I don't think anything prepares you for leadership better than being a normal member. Getting involved with the different crowds, enjoying yourself and immersing yourself in the banter and fun that being a member of TAW is all about. If I were pushed I would say the biggest jump up was becoming CO. That role is pinnacle in shaping the entire battalion. You are looked at by so many people to make the right decision that you quickly learn that you have to make a strong decision, no matter what, even if it's not the right one.  You have to be prepared to make mistakes, pick yourself back up, and learn from it.

Do it, but don't rush into it. It isn't a race, and there are no prizes for who can become the CiC in the quickest time. Leading is all about respect, and you have to earn your respect amongst your peers first. Once you have that, they'll support you all the way up. I rely on my close connections all over TAW to help me out when I'm stuck, or to give me advice when I need it. Those connections are created over time, and without them you'd struggle as a leader in TAW.

How is your division currently doing?
​
Arma has just had a big expansion called Apex. It is an entirely new island, new campaign, new groups, weapons, uniforms, equipment, everything! The division has grown as a result, and we're still going strong.
The thing I love most about Arma is how much of a well-oiled machine we are as a division. Members are constantly pioneering new developments, coming up with new innovative ways to create missions and content, and maximize on our time together as a community. The Combat Training Centre is world-class, there's no doubt about that, and these days our two servers are finding themselves busier than ever with public and private servers running 24/7.

The best thing about TAW is the members; I say that without any shadow of a doubt. Even after nearly 5 years I frequently find myself overwhelmed with the progress that is getting made by people working together. If we could harness this energy as a corporation we'd be unstoppable!
As we continue to grow we need to work even harder to make sure that this is an inclusive community for everyone, and we continue to work closely as a group of friends. The day that we give in to our size is the day that we lose what TAW is really all about. 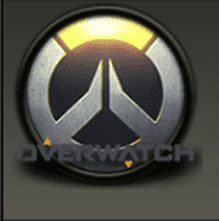 I grew up in the countryside of 1970s Denmark in an area without computers. Instead, I competed locally in pair-dancing after school. Life, however, took a hard turn when a car accident paralyzed me from my waist down at 18 years old. Some difficult years followed adjusting to life in a wheelchair, but I still had a hunger for life. I joined The Art of Warfare in August 2013 in the StarCraft Division. While I was in SC I tried different positions, until I got an offer in HearthStone EU. In August 2015 I moved to the HearthStone Division, where I was assigned as the CO for the EU Battalion, and later also DC. June 2016 I moved to Overwatch as CO for the EU Battalion and July 1st 2016 I took the role as SUL.  I am now the Division Commander for Overwatch.


What advice would you give to somebody considering a leadership position?

Try to be honest and forthright in what you expect from everyone. Try to have the ability to ensure that your messages get across without being rude, condescending or bossy, which for a leader of any size team is very important. Be a good example for your staff and members. A good leader takes care of its members and makes sure that everybody looks out for one another. It is very important that all members, from Recruit on up feel they are a part of a team. We are all equal, regardless of what skill level they may have in the game or rank they may have. Last but not least, a good leader puts the members before him or herself. The members in any team are the reason why we have the game in TAW in the first place. If members leave because they feel unhappy, then there is a big possibility that the game will die.


How is your division currently doing?

We currently have 116 members in the Overwatch Division. The division as a whole is very healthy and is still growing. I can't speak for all 100 plus members, but I feel that we all work well together and all respect one another. We haven’t had any problems in the Division that couldn't be solved easily and with good behavior. I feel the general attitude in Overwatch is great. Of course there can be frustrations when we play and lose a game. But that is the reality of playing team games where you have to work as a whole team and not individually.​
​​ 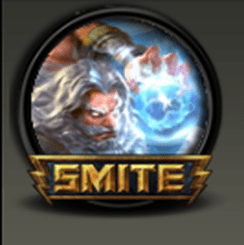 ​​Tell us a little about yourself and your time in TAW.

I’ve recently turned 20 and I am currently working at a Danish insurance company as an IT Supporter (Ish). I’m from the small nation of Denmark and currently living in the third largest city (Odense). I’ve played on various smaller teams before stumbling on the League of Legends recruitment post  so, I figured I’d give it a go and have been stuck here ever since.
As mentioned, I joined TAWs League of Legends division back in October 2012, a few months later, in December; I stepped up as a DI to help out. In February and March 2013 I left briefly to help spin up Chivalry: Medieval Warfare, which never got spun up sadly, and once again I became a DI. In July 2013 I stepped up as XO, this lasted until November or December the same year. Where I once again, transferred to Vanguard this time to help spin up ESO -Elder Scrolls Online. In ESO I started out as a DI, was promoted to SO a few days later and finally CO in March 2014 where we successfully spun it up. Then in May 2014 I left TAW because of various personal reasons. I then rejoined in November 2015, to help out the Smite Division.

The various positions I’ve held throughout my time in TAW have allowed me to meet different sorts of people and experience different encounters and scenarios. This, I believe is what helped shape and developed the person I am today. Since joining TAW a couple of years back, I have matured a lot and that’s definitely something I feel both in my everyday life, but also in TAW. Not only when it comes to interacting with people, but also on a more personal level. For example how you approach situations and the mind-set you bring.

Initiative and showing that you are willing, and capable, of stepping off your track to help out fellow members is essential. It takes a certain kind of drive, because it can take a lot of work and time-consuming to help out. But I find it to be a reward in itself when your hard work pays off and the division thrives. We are always looking for people willing to step up and help out.  If you are interested, the best way is to approach the people in charge.
A fairly common quote I feel strongly applies to TAW is this.
“The more effort you put into something, the more you get in return” – Some smart person.

Smite (SM) is doing really well. We have come a long way in the 9 months since we left Sentinel. Not only as individuals, but also as a division. It's been a long and at times, tough process, but we finally have the majority of positions filled with some amazing people and I’m sure they’ll do a great job.

The thing I really like about TAW, is that we have such a broad and diverse gathering of people. Many are from different countries and cultures, but we come together to play games and have fun. I think that’s an amazing thing and it is not something that could be carried out without all the passionate and dedicated people in TAW.
​ 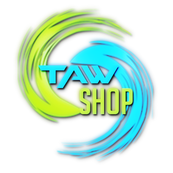