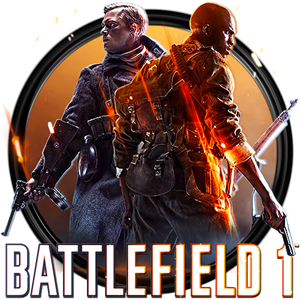 We at Heroes of the Storm are Proud to announce we are going to host our very first TAW Wide Tournament on July 15th! We Plan on offering as it stands currently a Prize for the Winning Team of the Tournament!
With the release of 2.0 there have been more players introduced to the game now, than ever before!

The Reason we are hosting this tournament at the end of the day is to have FUN! so be mindful that while this will be a competitive atmosphere, to keep it friendly!

Oh, and Dont Forget....Every Member who Played will be awarded a Special TAB in your Dossier for playing in our First TAW-Wide Tournament!

Rules:
1. Must Follow TAW Code of Ethics at ALL times, In Game, Over Voice Communication (Teamspeak) etc.
2.Maps allowed to be played are as followed : Cursed Hollow,Dragon Shire,Tomb of the Spider Queen, Hanamura, Towers of Doom, Battlefield of Eternity, Infernal Shrines, Warhead Junction, Braxis Holdout, Garden of Terror, Sky Temple, Haunted Mines. NO Custom Game Modes (I.E. Brawl Mode, or ARAMs or Rules outside of Standard Play)
3.Draft Mode is a Must.  Will be using the In Game Draft Mode.(MUST HAVE 14 Heroes Atleast This Includes the Current Free to Play Heroes on Rotation)
4.All Participants must be in the In game Chat "TAW" before the tournament begins and Present on Teamspeak within Heroes of the Storm Channel "Briefing Room" To Join the in game chat simply type /join TAW in your chat window.
5.Region- The Region which you sign up for may not be the region you will play on. We will be using the region that is the most popular choice (as in the most selected Region) to ensure fairness. In the event of Teams that are in the SAME Region you may play on that Region. (For example EU vs EU Team or NA vs NA Team)
6. Time- In Order to Make this Possible for all potential Players we will be starting the tournament at 10 AM Eastern Standard Time (7 am Pacific) 5 PM Central European Summer Time, so that way NA and EU members alike can participate

Registration:
Players Must Register at the following link Registration
Players can either register as Teams of 5 (Premade) OR if you still wish to participate and do not have a full 5 man you can individually register and either join a team that is made and needs members OR create your own team that your friends can sign up for. Please Make sure to provide accurate information. people who put invalid battle tags, and or other information may be disqualified so PLEASE make sure its accurate before submission!

Tournament Play: The Teams that will enter the tournament will be provided a link for brackets via challonge.com (to be made before the tournament and sent out to registered teams. There will several rounds depending on how many teams sign up (I.E- Round of 32, Round of 16 Round of 8) will all be Best of 1 Matches in order to expedite the Tournament as the common Heroes of the Storm match takes up to 30 minutes. The Semi Finals and Finals will be Best of 3 (Semi Finals) and best of 5 (Finals) The Semi Finals each Team will get 2 Vetoes and 1 Map Pick each. the Decider Map will be picked by the Tournament Organizers. The Finals Each Team will get 2 Vetoes Each and 2 Map picks Each with Decider Map decided by Tournament Organizers. There will be a Bronze Match to determine 3rd Place (The Losers of both Semi Finals will participate in a Best of 3 with the same rules as the semi Finals)

Prize: The Prize Pool is dependent on the funds currently in the Heroes of the Storm Division Funds. as Such no Prize awarded can be paid out in cash and can only be awarded via Gift Cards. Such as Battle Net, Steam, Amazon, etc. Prize for the Winning Team : 5 10$ Steam Gift Cards -1 for Each Player (This can increase possibly before the tournament but this is the guaranteed prize)

Steaming:The Tournament will be Streamed on TAWTV. Not every Game will be streamed until the Semi Finals/Finals/Bronze Match
So for those of you Brave enough, See you in the Nexus

Back Ground Courtesy of The Division