Welcome to January’s On The Horizon. On The Horizon is a monthly that focuses on select games Vanguard is interested in spinning up. This month's list of games features some newer games with a mix of some older titles.
If you would like see any of these games in TAW, or any other game not listed here please fill out the Future Game List.
Contact the Vanguard Staff if you have any questions about these games or any not on this list.
Future Games Suggestion Form

Experience intense close-quarters battles in iconic WWII settings. Defend the line, storm the beach, torch the enemy, or use a radio to call in fire support. Day of Infamy is a teamwork-oriented shooter that will keep you on your toes and coming back for more with its diverse game modes and authentic arsenal.
​

Black Desert is a huge sandbox oriented MMORPG that provides a variety of unique experiences, including strategy-oriented action such as castle sieges and complex battle, and also sophisticated simulation content such as trading, NPC-hiring, and real-estate management.​ 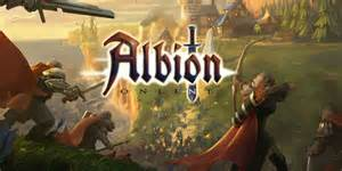 Challenge yourself with intense, exhilarating PvP fighting with the greatest warriors in the open world of Albion. Gear up and use teamwork to send the enemy fleeing from the battlefield. Only the most skillful fighters will leave the field victorious. Need a break from fighting for your life, but still want to support your guild? Retire to your own private island off the coast of Albion and build and maintain a farm, including crops and animals, with a whole new set of buildings. Generate food to fuel your guild’s war efforts, or even just sell on the market for a profit. Build your home, then furnish and decorate it to your own style. Comfy beds, tables laden with hearty food, gruesome hunting trophies.
​ 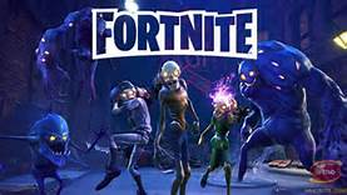 Fornite is the living, action building game from the developer formerly known as Epic Megagames. You and your friends will lead a group to reclaim and rebuild a homeland that has been left empty by mysterious darkness only known as ‘the Storm’. Band together online to build extravagant forts, find or build insane weapons and traps and protect your towns from the strange monsters that emerge during the Storm.. In an action experience from the only company smart enough to attach chainsaws to guns, get out there to push back the Storm and save the world. And don't forget to loot all the things. ​

Art of War: Red Tides is a multi-player strategy game currently in BETA with the core aspects of the game implemented. The rules of a battle in Red Tides are simple and easy to grasp, but you will have different experience in each game. Lead your troops of hundreds units to victory

Carve a path of destruction through an intense, believable battlefield in For Honor. Choose your warrior amongst a variety of bold Knights, brutal Vikings and deadly Samurai, each with their own weapon set, play style and customization options.Storm castles and fortresses in massive battles and confront deadly bosses in intense duels to ensure the survival of your people against a mysterious and deadly foe.